Enkiwar is a kind of biko ( sticky rice cake)  kakanin made from glutinous rice. The origin is I think is from Ilocos and it’s an Ilokano version of biko. I was confused a bit because other call this kakanin “puto” but actually this is more of biko or glutinous rice cake. Because puto, although some variety are made from ground malagkit rice it is similar to a soft muffin. Most puto today are made from flour and milk. Preparation and cooking of this recipe is simple in small batches but it will require more effort if you are going to cook this enkiwar in large quantity. Anyway before lining the bilao with banana leaves, you have to heat it over a fire so leaves will become soft and easy to arrange in the bamboo tray or bilao. 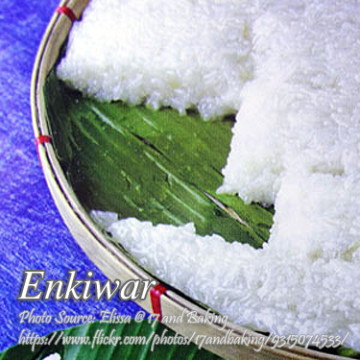 How to Make Enkiwar (Rice Cake with Coconut Milk) 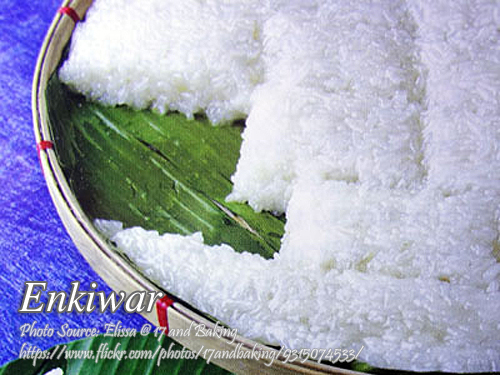