Maja blanca is a sweet Filipino dessert made from coconut milk, coconut meat, corn and dairy milk. This is usually served on special occasions like fiestas or during the holidays specially Christmas. Unknown to many the original maja blanca does not have corn or milk but as many variations of maja blanca emerge this recipe that includes corn kernels and milk became accepted so it has a yellowish color unlike the original which is why it is called maja blanca or “white dessert”. 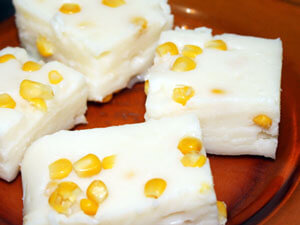 How to Make Maja Blanca

How to cook maja: